There have been some rumours floating around concerning the monitoring of the masses through various means.

One method suggested was that there is an RFID (Radio Frequency IDentification) chip implanted in the Medicare card that Australians carry around with them.

A sample card was taken and carefully dissected (see illustration below) in order to find such a device or a thin copper wire acting as an antenna which is usually used in access cards by workers into buildings, etc. 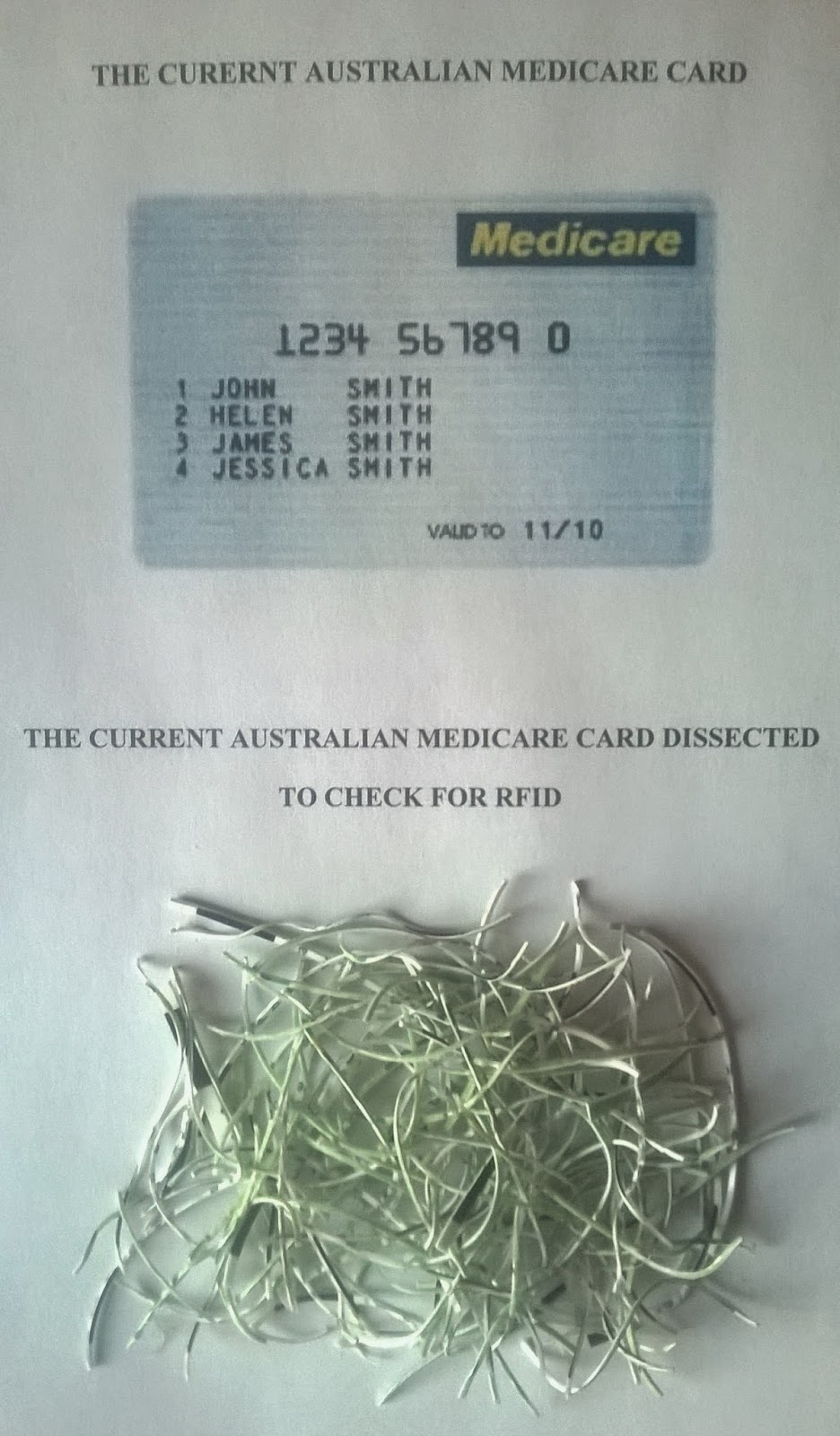 
From the analysis of the card it has been concluded that this particular card does not contain any RFID device or antenna.

This does not mean that such a device many not be present in any future cards issued to the masses.