What if Australian cities were shrouded in smog? Are Australian cities at risk of becoming like Beijing? AP Photo CHINA OUT Source: AP
IMAGINE living in a city that contains some of the world’s most beautiful skylines but being unable to admire it.


Or worse still, being so worried about pollution that you won’t allow your children to play outside for a least half of the year.

This scenario might seem far fetched but many Australians may be shocked to know that at least one major city is dangerously close to exceeding air quality guidelines, putting residents at increased risk of dying from stroke, heart disease and lung cancer.

They may also be shocked to find out that more than 3000 Australians die each year because of urban air pollution.

According to a new report released today and produced by Environmental Justice Australia, air pollution is inadequately regulated, monitored and enforced in Australia.

The organisation has called for the Commonwealth Government to create a national scheme for air pollution that is binding on states and territories.

Nicola Rivers, director of advocacy and research Environmental Justice, said governments could be doing more to prevent the 3000 deaths every year, and this figure was probably higher as it was based on a 2007 study.

(If viewing this on mobile, switch to landscape mode for a better experience) 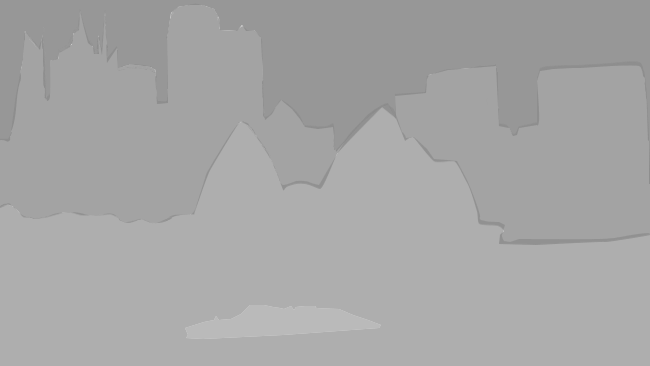 142
Sydney as seen with Beijing-quality air: 142
Ms Rivers said despite the fact that tiny particles called PM2.5 had been identified as a risk factor in lung cancer and other diseases, levels of these killer particles was not regulated.

These tiny particles can penetrate and lodge deep inside the lungs and could come from coal mines, coal fire power stations and diesel trucks.

Although most Australians thought they enjoyed clean air, levels of PM2.5 could be extremely high in some areas.

“One residential street in Melbourne has 7000 diesel cars and trucks go down it every day,” Ms Rivers said.
Residents in Frances St, Yarraville have long been concerned about the health impacts of exhaust fumes, and studies in 2001 and 2013 show levels of PM2.5 exceed recommended levels.

Despite the risks, a meeting last month of state and territory environmental ministers decided to abandon plans to produce a national air pollution plan by 2016.

“They have now decided to ‘work towards’ an agreement in 2016, so we don’t even know if it’s going to happen,” she said.

Ms Rivers said PM2.5 should be regulated, not just monitored, in Australia, to protect residents’ health and has called on the Federal Government to enforce a national standard.

SO WHERE ARE AUSTRALIA’S WORST HOT SPOTS?

Environmental Justice Australia has identified some of the worst hot spots for air pollution and has found that those communities impacted were often the most socially and economically disadvantaged.
While residents in larger cities were generally exposed to higher levels of air pollution than those in rural areas, certain communities suffer disproportionate impacts because of how close they are to polluting facilities.

This includes coal mining regions such as the Hunter Valley in NSW, the Latrobe Valley in Victoria, communities near industrial sites such as the Port Pirie lead smelter, and suburbs close to major roads and rail. Air pollution hot spots in Australia. Supplied by Environmental Justice Australia. Source: Supplied
The World Health Organisation also released a report this month with air quality figures from around the world that shows only 12 per cent of people living in cities that report on smog, experience conditions that meet their guidelines.

Although no Australian cities exceeded the WHO guidelines, at least three cities in Victoria are close, including Melbourne.

While PM2.5 is the most worrying type of particle because it is very small and can be absorbed deep inside the lungs, more coarse particles called PM10 are also of concern.

Melbourne has an annual mean PM10 rating of 18, close to the WHO recommended maximum rating of 20.
However, the Victorian capital is not the worst city in Australia, this honour goes to the regional southeast mining centre Traralgon, which has a reading of 19.

Surprisingly, Sydney recorded a reading of nine, the lowest annual mean of all the capital cities.


EVEN SMALL LEVELS OF AIR POLLUTION CAN BE DANGEROUS

Compared to other countries Australia has very good air quality but residents cannot afford to be complacent.

WHO has found that small particulate pollution can have health impacts even at very low concentrations.
“Indeed no threshold has been identified below which no damage to health is observed,” the health organisation explains in a fact sheet.

“Therefore, the WHO 2005 guideline limits aimed to achieve the lowest concentrations of PM possible.”
Seven million people around the world were estimated to have died due to air pollution in 2012, according to the WHO report.


Chronic exposure contributes to the risk of developing cardiovascular and respiratory diseases, as well as lung cancer.

When considering the health impacts, PM2.5 is particularly important because these particles have been directly linked to health risks.

Scientific studies have suggested links to asthma, bronchitis, acute and chronic respiratory symptoms such as shortness of breath and painful breathing, and premature deaths.

Children are more susceptible to these impacts because their immune and respiratory systems are still developing, and problems such as asthma are believed to be linked.

In Australia, levels are lower than WHO guidelines but one Western Australia town, Busselton, has recorded a mean PM2.5 of 9, which is close to the recommended annual mean of 10.

Three other cities recorded a mean of 8: the South Australian capital Adelaide; Bunbury, south of Perth, and Launceston in Tasmania.

SO SPARE A THOUGHT FOR RESIDENTS IN DELHI AND BEIJING ...

Although Australia’s measurements seem to be high compared to recommended limits, they are no where near the levels experienced by the world’s most polluted city, Delhi in India.

Australia also compares favourably to Chinese capital, Beijing, which recorded a mean PM10 of 121 and PM2.5 of 56. However, levels in Beijing are thought to be worse as the data quoted is from 2010.

The latest available data has prompted WHO to call for greater awareness of health risks caused by air pollution, implementation of effective air pollution mitigation policies; and close monitoring of the situation in cities worldwide.

“Too many urban centres today are so enveloped in dirty air that their skylines are invisible,” said Dr Flavia Bustreo, WHO Assistant Director-General for Family, Children and Women’s Health. Yes, this is real: View of the Palace Museum in heavy smog in Beijing. Source: AP
The levels in cities like Beijing are so bad they are no where near recommended levels, and residents instead monitor how harmful they are to human health.

The US embassy pollution index in Beijing produces an Air Quality Index, which measures six pollutants including PM10 and PM2.5 particles.

According to the index, which follows US Environmental Protection Agency guidelines, an air quality level of more than 100 is “unhealthy for sensitive groups”, more than 150 is “unhealthy”, and more than 300 is considered “hazardous”.

At one point last year Beijing’s smog was measured at more than 750.

The problem is so bad that Chinese Premier Li Keqiang said he was “declaring war” on pollution in March this year.

Former Beijing resident Kevin Yeoh said he would check PM2.5 readings every morning on his phone.
“If PM2.5 was below 150, you would go outside, 150-200, you’d still go outside, but not for long periods of time. Above 200 you’d definitely try to stay indoors. Above 300, you’re crazy to go outside,” Mr Yeoh said.

“Mentally it gets you down. One of the problems with air pollution is that you don’t know what the long term consequences are, particularly for small children,” the father-of-two said.

Mr Yeoh said it was common for new visitors to cough up black stuff and have watery eyes.

“Winter is the worst time because that’s when demand for electricity is at its highest.” It’s clear we need to avoid this: Polluted smog over Tiananmen Square. Source: AP
Mr Yeoh said after working in Beijing for five years he finally decided to leave in 2012 and one of the major reasons was because of the smog.

“Everyone in Beijing is impacted. And everyone’s always talking about it. Among our friends, we were one of the first to buy a Swiss air filter and it arrived within five days,” he said.

“But demand is now so great that you might have to wait up to three months before you can get one. It’s actually an appreciating asset.

“When we left Beijing we were able to sell it for the price we paid even though it was two years old.”

Air pollution can be caused by fuel combustion from cars, power plants, wood burning, industrial processes, and diesel powered vehicles such as buses and trucks.

It will be difficult to reduce but WHO has identified measures including that houses are energy efficient, that urban development is compact and well served by public transport routes, street design is appealing and safe for pedestrians and cyclists, and waste is well managed.