One of the greatest rip offs perpetrated by the so called ‘authorities’ is that of the judicial system’s so called ‘courts’ where the ‘customers’ are mislead, deceived and not given full disclosure of contract details in the place of business, trading and commerce commonly referred to as a court.

This also refers to people ‘contracting’ (more about that in another post) with the Family Law Courts where people are advised by the business to obtain a valuation of their property by someone called a ‘sworn valuer’.

Well this is where you are getting ripped off to the tune of anything from a few thousand dollars to tens of thousands.

What the majority of people do not know when obtaining a valuation from an appointed ‘sworn valuer’ is that the valuer is not bound to it, and it is only an estimation where it can change at any point in time.

This is another example of, not the system making money, but rather depleting the masses of their savings in order to further enslave them. 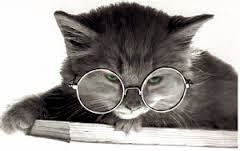 You may as well ask your cat what the place is worth, multiply the meows by pi divide it by three multiply by the selling price of a neighbour’s house to obtain a more accurate figure.

All this signed in ‘wet ink’ where placing your cats right front paw on an ink stamp pad and transferring that to the said ‘quote’ will suffice.

Your quote will have as much credibility as the one supplied by the 'court' appointed 'sworn valuer', and in the process you will save a fair few tins of kitty food, saving even more when at a later point in time the court documents can be used as kitty litter.