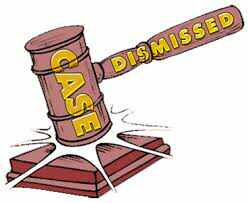 In Australia’s court rooms, many a game is played between the parties involved, many a fraudulent decision is being made, many a police officer has (deliberately) provided false information and many a decision has been made based purely on hearsay.

In the following example, where names have not been mentioned in order to protect the criminal(s), but rather only their positions held, by all those of relevance to the matter.

The ‘natural’ persons are as follows:

Can you spot any problems?

Disclaimer: The preceding example could be fictitious and any similarity to any matter is purely coincidental.