What’s at stake as US cedes internet control? 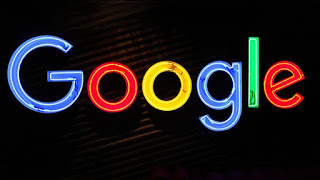 THIS weekend, the US government plans to cede control of some of the internet’s core systems — namely, the directories that help web browsers and apps know where to find the latest weather, maps and Facebook musings.

Will you even notice? Probably not, although the subject has become a hot political issue for some conservative politicians in the country. Here’s a look at the systems in question and what’s at stake for internet users.

WAIT, THE US GOVERNMENT CONTROLS THE INTERNET?

No single government, business, organisation or individual controls all the computers and pipelines making up the internet. But the network relies on an addressing system called the domain name system, or DNS, which includes directories that help route data like email and web requests where it needs to go. And someone needs to run the DNS.

SO DOES THE US RUN THAT SYSTEM?

Since 1998, an organisation called the Internet Corporation for Assigned Names and Numbers has overseen the directories, mostly by setting rules and creating mechanisms for settling disputes. But ICANN also has a boss at the US Commerce Department.

It’s a historical arrangement stemming from US funding for the internet’s early development. The domain name system we’re familiar with dates back to 1984, long before Pokemon Go or Amazon.com came along.

WHY DO PEOPLE CARE ABOUT THE TRANFER?

The US has been in charge of the DNS system for more than three decades. Plans to privatise control of these functions by transferring them to a non-profit oversight organisation have been in the works since the late 1990s.

As this Saturday’s (Sunday AEST) transfer date approached, some Republicans in Congress raised late objections, terming it a “giveaway” to the rest of the world. But they failed to block the move in a spending bill to keep the government operating.

Late Wednesday, the attorneys general from Texas, Arizona, Oklahoma and Nevada — all Republicans — filed a federal lawsuit to block the transfer because of worries it might affect government websites ending in “.gov.” 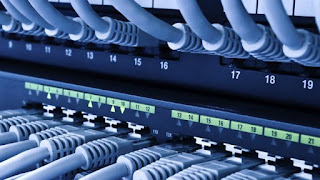 WHY THE US IS BACKING AWAY?

ICANN has taken its share of complaints over the years, often for being slow to adapt as the internet grew. (One common charge: It took too long to permit domain names in languages other than English.) And many countries believe that as long as the U.S. retains oversight – even if it leaves day-to-day management to ICANN – the internet cannot be truly international.

Some governments have sought to transfer control to a UN agency, the International Telecommunication Union. But critics objected to letting authoritarian regimes like Iran and China get equal votes on matters affecting speech.

Instead, the US government insisted that businesses, academics and other parties also get seats at the table. ICANN already had such a multi-party approach. The US agreed in June to relinquish control to ICANN after the organisation created additional mechanisms to resolve disputes.

WILL ANYTHING CHANGE FOR USERS?

Not much. The directories themselves aren’t changing, and people don’t interact directly with domain names as often in the era of Google searches, phone apps and Facebook links. In fact, few people would even know about the transition were it not for the noise from Washington.

Republican critics claim that the transition would give countries like Russian and China the ability to control online speech – something supporters of the transition plan deny given the multi-party approach. Sen. Ted Cruz of Texas is among those who tried to block the transition as part of a short-term spending bill to keep the government running past Friday.

Donald Trump also came out in support of Cruz, his one-time rival for the GOP presidential nomination. Ironically, those wanting the US to maintain its oversight role includes a group called Americans for Limited Government. Their efforts failed, though, as budget negotiators left out the transition ban.

Four state attorney generals asked a federal court in Galveston, Texas, to block the move. Commerce and ICANN have delegated control of the “.gov” suffix to the U.S. General Services Administration. GSA handles day-to-day management of which government websites can use the suffix. Though the lawsuit claims that GSA decisions are submitted to ICANN for approval, that isn’t the case. ICANN does have trademark and other policies governing sites using particular suffixes, but they cover suffixes available to anyone. The “.gov” suffix is restricted to government agencies in the US.

The lawsuit also claims that ICANN could delete “.gov” entirely from the directories or delegate management of “.gov” websites to someone else. That’s possible, but highly unlikely, and the attorneys general offer no evidence that ICANN would do either.