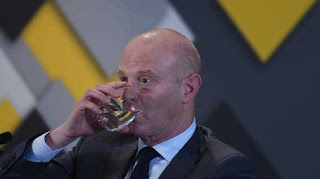 
In the world pertaining to criminals in politics and corporations, it seems that it's a different legal reality to what the plebs face.

Under criminal law, the plebs of Australia are under strict and absolute liability, where first and foremost the person is guilty until proven otherwise, where also in the case of  alleged (criminal) driving offences owner onus unlawfully applies.

In the case of the royal commission, apparently lawyers 'recommend' the banks, in this case the CBA and NAB, face criminal charges with regards to superannuation law.

Could it be that the royal commission is a farce?

On the 3rd of June 2018, the mainstream media reported that the royal commission handed out a $700 million fine to the Commonwealth Bank for anti money laundering, which the bank gracefully 'agreed' to pay.

On the 8th of August 2018, the mainstream media announced that the Australian Government is giving the Australian tax payer's cash to the Commonwealth Bank in the form of a $12 billion business tax package.

From the attention drawn to the criminal offences the banking industry has committed, we have obtained other information that indicates banks act unlawfully. 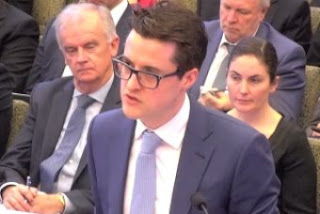 
Lawyers for the banking royal commission have recommended the Commonwealth Bank and the National Australia Bank face criminal charges over their treatment of superannuation customers.


In his closing submission on misconduct in the superannuation industry, senior counsel assisting the commission, Michael Hodge QC, said the Commonwealth Bank (CBA) had admitted to more than 13,000 criminal breaches of the superannuation law.

That is because the CBA-owned Colonial First State failed to move 13,000 superannuation members into low fee, no commission accounts known as My Super by the legal deadline of January 1, 2014.

Mr Hodge alleged that NAB's superannuation form, MLC, and its superannuation trustee, Nulis, may have mislead customers under the ASIC Act by failing to tell them they did not need to pay a plan service fee.

He also said that NAB admitted breaking the law 84 times between 2014 and 2017 because it failed to tell the Australian Securities and Investments Commission (ASIC) about the fees-for-no-service scandal within the legal deadline.

NAB is also accused of breaking superannuation laws by failing to promote the financial interests of customers in My Super products.

The bank is paying back $90 million to more than 300,000 superannuation members who were charged fees but received no financial advice.

Mr Hodge slammed the bank's behaviour and said the NAB executives who appeared before the commission appeared to lack insight into the misconduct.

"It is submitted that this behaviour indicates a disregard on behalf of the NAB Group for members of the relevant superannuation funds, for regulators and for the law," he said.

IOOF and AMP were also accused of breaking superannuation laws and Mr Hodge said IOOF may have engaged in misleading or deceptive conduct.

Mr Hodge also criticised ASIC and the banking regulator, APRA, for not being tough enough on financial institutions who broke the law because they emphasised negotiations over going to court.

"The approach of neither APRA nor ASIC to regulation of superannuation entities is sufficient to achieve specific or general deterrence," he said in the submission.

Mr Hodge pointed out ASIC has yet to start legal action over the fees-for-no-service scandal.

However the corporate regulator told the commission last week that it was highly likely to go to court over the scandal.

A secret report on NAB by ASIC accused the bank of criminal and civil offences over charging fees but not providing financial advice.

ASIC deputy chairman, Peter Kell, told the commission that $260 million had been refunded by the big four banks and AMP so far but the total cost of compensation could be more than $1 billion.