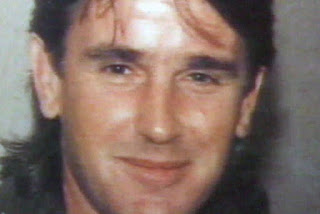 Police in Victoria's armed robbery squad kept a stash of weapons to plant on suspects, and "kidnapped and threatened" a fellow officer who refused to take a weapon to a crime scene, according to an affidavit from a retired fraud squad detective.


In a stunning statement, Bill Nash also says that police presented false evidence to the inquest into the death of Graeme Jensen, a convicted bank robber who was fatally shot by police in October 1988 in Melbourne's outer south-east.

Mr Nash was part of a police unit that investigated the Jensen case for Victoria's Office of Public Prosecutions in the mid-1990s.

They include the claim by one of its former detectives that the squad kept a "stash of guns … to plant on suspects" — a claim that was investigated and dismissed by an ombudsman more than 10 years ago.

In the affidavit, Mr Nash also says a former armed robbery squad detective told him he was asked to bring a gun to the Jensen crime scene on the day of the shooting.

Mr Nash said the former detective told him he refused to carry out the instruction, and squad members later "kidnapped and threatened" him to keep quiet about what he knew. 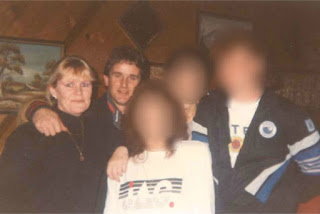 
Officers charged over Jensen's death claimed they shot him in self-defence, after he pointed a gun at officers while trying to escape in his car.

Then-detective Robert Hill, who fired the fatal shot, was acquitted of murder in the Supreme Court in 1995, and is now an assistant commissioner.

Jensen's family has always claimed he was unarmed, and that the weapon — which didn't work and had none of Jensen's fingerprints on it — was planted by police.

Two former detectives have now come forward to support that claim — Mr Nash, and former detective Malcolm Rosenes, who signed an affidavit that said he saw a detective place a sawn-off rifle in Jensen's car after the shooting.

In his affidavit, Mr Rosenes says:


"[The police officer] came to the driver's side window and I saw him unfurl the towel and a dark object came out of it. I was of the strong impression at the time that it was a firearm.
"I saw the gun in photographs afterwards.
"Its appearance was consistent with the object I saw tipped from the towel into the car of the deceased."

Jensen's sister, Fay Spear, had applied for a fresh coronial inquest into her brother's death, but has now told the ABC she is abandoning that application, because she is distrustful of the system and is tired of waiting for justice. 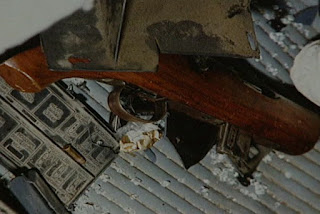 Photo: The gun allegedly wielded by Graeme Jensen, which his family suspects was planted. (Supplied)


In his affidavit, Mr Nash said when the weapon found in Jensen's car was tested by police forensics, no fragments of glass were found on it.

At the time, police charged over the shooting death said Jensen pointed a gun at police through the car window as Mr Hill fired his first shot.


"The gun would have been showered with glass as a consequence," Mr Nash's affidavit said.

"Fragments of that glass would have remained."

After forensic testing, the weapon was handed to homicide detective John Hill, who returned the gun to the lab five months later, requesting that it again be examined for glass particles, Mr Nash's affidavit says.

"Officers of the Forensic Science Laboratory expressed their disquiet as continuity had not been maintained, and any such test would not produce credible results," it says.

"John Hill insisted. The examination subsequently carried out … revealed glass fragments between the stock and the barrel and some fragments fell out of the barrel."
John Hill died by suicide in 1993. 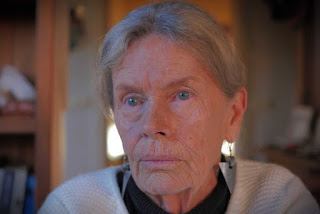 Photo: Fay Spear had lobbied for a new inquest, but says she has lost faith in that process. (ABC News: Daniel Fermer)


The affidavit says that in 2004, Mr Nash was approached by a former detective from the armed robbery squad, and another ex-police officer, who wanted to talk to him about the "murder of Graeme Jensen".

Mr Nash said he was told by the former detective that on the day of the Jensen shooting, the detective was asked to bring a working firearm to the crime scene because of "the firearm allegedly found in Jensen's possession not being in proper working order".

The detective refused the request but one of his colleagues agreed to take the gun, only to be told to turn back "due to the number of media already present" at the scene.

In the affidavit, Mr Nash said the officer who refused to take the weapon told him he was later "abducted from his house by several members of the armed robbery squad [and] taken to a location near a Ford dealership in the western suburbs in an unmarked police vehicle and threatened not to reveal his knowledge of the Jensen shooting".

Jensen's family said Mr Nash's affidavit confirmed their suspicions that police planted the gun, and later tampered with it.

"If they hadn't, nothing would have changed."

But Ms Spear no longer holds any hope in her brother's shooting being investigated fairly.

In 1991, coroner Hal Hallenstein found there was no evidence the sawn-off rifle was planted in the car after Jensen was killed.

Ms Spear said the coroner was misled by police.

"We never heard the truth — it is blatantly obvious that police had all the power and we had none at that time," she said. 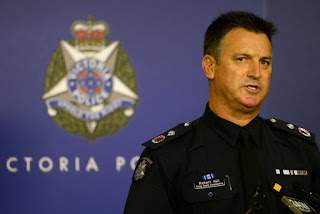 
Victoria Police provided a statement to the ABC, which said:


"This matter has been the subject of extensive investigations, examinations and court hearings over many years through numerous forums.
"Allegations previously raised have all been investigated. Recently an application by parties to have the inquest re-opened was rejected by the Supreme Court.
"The coroner has also previously made a finding in respect of the matter.
"There is nothing to warrant a re-opening of the investigation."

Ms Spear said the only way to discover the truth was through a royal commission.

Another great article put up by the owner of this site . Well May I say God save the queen because nothing will save the Australian Police Force, actually no God don't save the queen save Australia from the queen of Australia, and her Masonic Henchmen wait till the aussies find out what's really happening they may even skip the pub, and COPS on Tv for say one night ? Gee you just cant make this shit up , I have a long list of Police Pedophiles, in Australia , they certainly seem to me to be a Criminal Gang and a lot more so than the bikies , I suggest bukies don't rape children ,but bash pedos, but cops do rape children and protect pedos, So cops as Glen McNamara said are 95% Cowards. Justice is Coming .