The Secret State: How you are kept in the dark 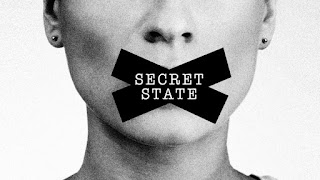 Somewhere in Melbourne, there's a public hospital where the risk of something going wrong is much greater than in another hospital across town


But you’re not allowed to know which hospital it is – because this type of data is hidden from patients and doctors.

A few kilometres away, buried in the files of the state Education Department, an explosive police report exists with allegations of a sex “grooming” ring linked to a suburban school.

Just don’t expect the government to release it because, bureaucrats claim, the report is exempt under Freedom of Information laws from ever being disclosed.
______

"I think there is still very much a culture in large parts of the [government] sector that’s more about, ‘How can I refuse disclosure?"
Victoria's Information Commissioner, Sven Bluemmel


And in the corridors of power at Town Hall, important decisions are being made about the City of Melbourne – about everything from new developments and contracts to transport improvements and rates.

The trouble is, more than a quarter of those decisions are made behind closed doors – and some remain confidential indefinitely.


Increasingly, Victoria is a secret state. Almost every aspect of our government, our legal system, and our public services is pervaded by a creeping lack of transparency.

From the Premier’s Office at Treasury Place to police departments, health, schools and the courts, a veil of secrecy is undermining democracy and having an impact on how we live.

What’s more, the laws that are supposed to ensure transparency – from the Freedom of Information Act to the Open Courts Act – are, in fact, resulting in exactly the opposite.

As Victoria's Information Commissioner, Sven Bluemmel, says, "I think there is still very much a culture in large parts of the [government] sector that’s more about, ‘How can I refuse disclosure?'".

In coming days, an Age investigation will examine how Victorians are being kept in the dark and the effect this is having on the public debate. We’ll also ask to hear your stories.


... cabinet always meets in secret; cabinet documents tend to be secret; and the public service is beholden to government of the day
Monash University politics lecturer Nick Economou

The notion of a secret government is not unique to Victoria. Its genesis goes back centuries to a time when monarchs protected themselves against rivals and official information was considered the property of the Crown.

In Australia, it was the colony of Victoria that set the pattern, according to an Australian Law Reform Commission report: in 1867, Victoria created the first secrecy provision in Australia, forbidding public servants from giving out information without the permission of a minister.

“It’s a throwback to the origins of our Westminster system – cabinet always meets in secret; cabinet documents tend to be secret; and the public service is beholden to government of the day,” says Monash University politics lecturer Nick Economou, who has been an observer of the state’s political landscape for decades.

Since then, various pieces of legislation have tried to cut against the grain and reverse the culture of keeping things hidden. The Freedom of Information Act, for instance, was introduced in 1982 to “extend as far as possible the right of the community to access to information in the possession of the Government of Victoria”.

The Open Courts Act was created to “strengthen and promote the principles of open justice and free communication of information”.

Both, largely, have failed.


The Age has uncovered:

More people are seeking access to information than ever before, yet even the watchdog who oversees the system says departments and agencies are plagued by a “culture of secrecy”. 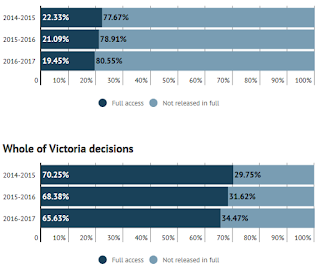 Despite being accountable to the ratepayers who elect them, all but two of Victoria’s 79 councils held meetings behind closed doors in the last financial year, with East Gippsland Shire, the City of Melbourne, and Whittlesea Council among the worst in the state. 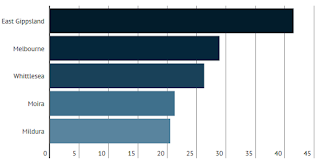 Most secretive Councils by type 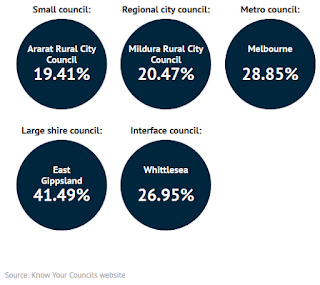 For all the attempts to improve transparency, secrecy permeates Victoria’s health system, from gag orders on doctors to fudged figures on hospital waiting lists, and sexual assaults being covered up in psychiatric wards.

Department of Health and Human Services 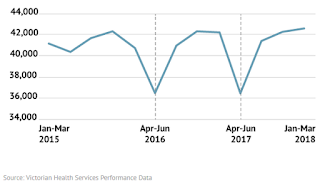 Almost 1600 court orders to suppress information were made between January 1, 2014 and December 31, 2016 – including court orders keeping some of Victoria’s worst paedophiles a secret. Their victims want this reformed.

Daniel Andrews was elected partly on a platform to improve transparency. Four years later, Labor has spent hundreds of thousands of dollars trying to block the rorts-for-votes affair in the courts; hundreds of “questions on notice” remain unanswered in the Victorian Parliament; and many of the government's transparency reforms have fallen short. 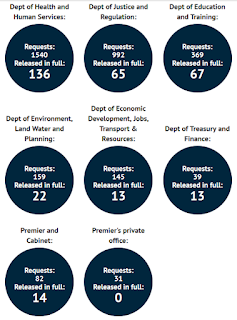 Victoria prides itself on being the “education state”. Yet schools say they're often kept in the dark about policy changes and parents claim they can't always get crucial information about how their children are faring.

The parents of a child with a disability at a primary school in Gippsland feared he had been inappropriately restrained after lashing out at the principal. But when they sought access to their son’s files - including staff diary notes, incident reports, and behaviour plans - they were told the request “would pose a substantial and unreasonable diversion of resources to process.” 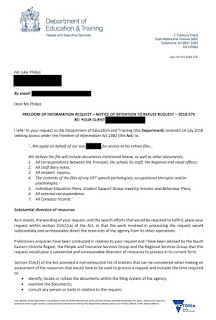 Can any of this change?

Monash Adjunct Professor Colleen Lewis, an expert on public sector integrity, says there have been steps taken to improve the situation – but whether they're enough is open to debate.

Among Victoria’s public watchdogs, there is now an Ombudsman to deal with public sector complaints; an anti-corruption commission to tackle police misconduct and government corruption; an auditor-general to scrutinise the spending of taxpayer funds; and a local government inspectorate to oversee councils.

But, according to Dr Lewis, these integrity bodies are often hampered by lack of powers and resources, and are subject to the whims of politicians keenly focused on self-preservation and media pressure.

And all of this is happening in an age where we trust institutions less: of the 28 countries surveyed for the annual Edelman Trust Barometer published in February, Australia ranks 21st for the people's overall level of trust in institutions of all kinds, including government, business, the media and NGOs.

"One of things that would help with the lack of trust would be more accountability, more openness, more transparency,” says Dr Lewis.

“Ultimately, though, governments do this stuff because they’re fearful of the political consequences if too much of their information becomes public.

“And this government is like all the ones that preceded it: in favour of full disclosure in opposition, but far less so when it’s in office.”

"Freemasonry Is a Criminal Organisation". " The Very Word Secrecy is repugnant in a free and open society and we are as a people Inherently and Historically to secret Societies to Secret Oaths and Secret Proceedings . Rense and JFK