Studies show having your phone around makes you dumber

EVEN just having it sitting next to you is depleting your brain cells, according to this researcher. 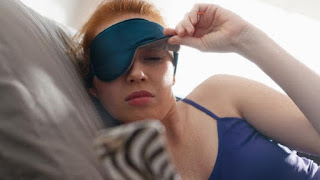 Our phones should definitely not be with us in bed. Source:Getty Images

IF you didn’t suspect so already, your phone is making you dumb.

And the worst part is it’s even making you more stupid when you’re not actually using it and it’s just sitting next to you.

Bond University research Libby Sander said even the presence of a mobile phone had been shown to reduce our performance on cognitive tasks.

“Studies suggest that we are so attached to our smartphones that we are constantly anticipating the arrival of a new message, social media alert or call,” she said.

“In doing so, our attention is divided and draining our brains of energy to do the work we need to focus on.”

Professor Sander studies organisational behaviour and said in one of her cases an employee told her that she counted how many times she was interrupted over the course of one morning and was shocked to note it was more than 80 times.

“Studies have shown that it takes us between 15-20 minutes to regain concentration on the task at hand after we are interrupted at work,” she said.

“Being interrupted over 80 times in a morning means we wouldn’t get much done at all.

“We like to think we can multi-task, but in fact that is a myth.

“Neuroscience researchers at MIT found that we aren’t actually paying attention to multiple things at the same time but are just switching between them.

“When subjects in multi-tasking were monitored using MRI’s, the researchers could actually see the brain struggling.”

Her comments come as Australian education experts call for a blanket ban on mobile phones in primary schools after France outlawed the devices.

The French Government banned all students under the age of 15 from using smartphones during school hours, just months after New South Wales launched an inquiry into whether Australia should follow its lead.

Currently, individual schools are allowed to set their own mobile phone guidelines in all Australian states, even though research has shown struggling students get better marks once smartphones are removed from schools.

About 89 per cent of Aussie students admit to using the devices in class.

Professor Sander said the phone issue did not just apply to cognitive tasks, with other studies showing that having the devices around reduces our ability to make close interpersonal connections, as well as interfering with our memory formation.

“To work at our best, employees need to be able to focus on a single task at a time, and to control distractions,” she said.

“Your phone is making you dumb..To get smarter, research suggests we need to put away our smartphones out of sight.”