Liberal State Council push to force elderly out of homes 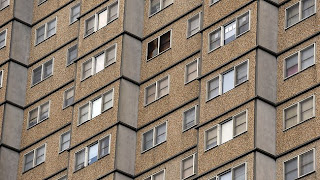 Elderly people could be moved from public housing to smaller units under a plan to be debated by the Liberal Party State Council. Source: HWT Image Library

UPDATE 10.50am: ELDERLY residents should not be forced to give up their homes to make way for units if a policy proposal to be discussed at next week's Liberal State Council gains momentum, community housing advocates say.

The state motion, to be brought before the council next weekend, suggests older residents who occupy large blocks of land should subdivide their large blocks in exchange for a new unit within their original piece of land.

Residents could be forced from their homes to live in a unit a fraction of the size, on their old block of land, under the motion.

Community Housing Federation of Victoria spokesman Steve Staikos said no one should be forced to move if the measure was taken up by the Government and became policy.

"I would urge all delegates to remember that these are actually people we’re talking about. People who have been in their homes for many years and probably do not want to go," he said.

Mr Staikos said the idea of taking away people’s backyards to create more housing was questionable, because it could leave less family homes for future tenants.

Council on the Ageing CEO Sue Hendy said the potential policy was insensitive to elderly residents and "not a good idea ... This sounds like a way to shoehorn people into smaller places to create more land," she said.

Ms Hendy said many older public housing residents had lived in their homes for decades, and relied on the support of their neighbours and local friends.

She said while the proposal suggested residents still live on the same site, a unit would not be suitable for people who looked after their grandchildren or had family visiting.

Any policy like this would be a concern for the elderly, who would feel they had no choice but to agree or face being moved to another neighbourhood where they had less support, she said.

Two years ago, the Herald Sun revealed pensioners were being forced from homes they had lived in for decades so the former Brumby government could cash in on their rising value.

Hampton great-grandmother June Smith, 73, was allowed to continue living in her public housing home after she publicly complained about being ousted from her home of 36 years.

"I'd be very disappointed if this started happening again," she said.

"Particularly for older people I think it's appalling. I know the housing situation is terrible but there's got to be something better than what they're proposing.

"People would have to get rid of all their furniture to squeeze into a unit and they wouldn't be able to have their grandchildren over."

A Government spokeswoman yesterday said: "As part of an ongoing review of the older stock program, the Coalition Government is looking at better ways to utilise older stock more effectively."

Another example of where the rights of people are being eroded.

People will be no longer given the "Freedom of Choice".

Stop the avalanche of refugees into our city and the never ending demand for public housing. That's what needs to happen. And let's start planning for the future, like demolishing some of those revolting high rise ghettos. Apparently sizeable chunks of our public housing are vacant anyway ! And areas like Collingwood could do with a complete make over.