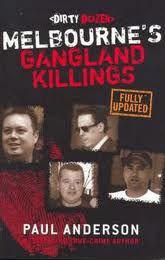 In Victoria the illicit drug trade is an organised crime syndicate that has roots from a few well known migrant families. These families are well established and known to authorities.

They have largely been ‘allowed’ to operate with the occasional arrests of new players in the turf wars that arise from time to time.

Many entities are involved in the production and distribution of drugs, from the low paid gofers (couriers) to the logistics minds, including bribed local police officers, legal representatives and judges.

Many people within the local areas knew of the personalities that were drug lords, yet amazingly when a report surfaced to police or the mass media there were surprises all around.

If these matters made it to court they were ‘mysteriously’ dismissed or not guilty or any other excuse the judge sees fit for the matter not to make it to court time.

A well known drug precinct to many, is that of Lygon St. in Carlton, an inner city fringe suburb of Melbourne, Victoria.

Ever since the visual display of killings within the Melbourne’s drug lords, there has been pressure to show the public that the law is combating this issue. As a result a few of the ‘amateurs’ have been weeded out, whilst the industry’s heavyweights scaped conviction.

The mass media has glorified the drug industry in its portrayal in the print and visual media, implying that these people are financial geniuses hiding their wealth from authorities, whilst everyone concerned knew who was on the payroll.

A Victorian politician was taken to a drug house off Lygon St. Carlton and shown the ropes of that operation. The people involved were in shock that one of their own bought in an outsider, but were later assured that there will be no repercussions. This person is a hidden asset to the drug industry.

Previously bribery was done with a handshake complemented with an ‘envelope’. Today the payment method is done via a card with the P.I.N given to the person with the bribery amount in that account. There is no point publicly naming the individual or the operatives, as the corruption in government is too great that result in cover ups, denials and later the ‘gun’ is pointed at the whistle blower.