Man who raped his niece jailed for 18 months

A RAPIST who assaulted his teenage niece in a booze-fuelled attack has been jailed for 18 months. 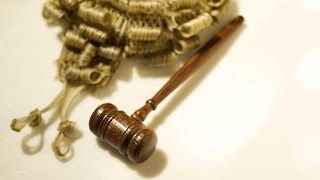 The man in his thirties, who cannot be named for legal reasons, raped the 14-year-old girl as she slept during a visit to her aunt's home in January.
The County Court heard today the father-of-three had spent the day drinking and fishing with his ex-wife's new partner before the attack.
The pair then continued to drink at the woman's house where the young teen was staying.
At one point during the day an argument erupted that prompted the woman to leave the home with the kids, including the victim.
After she returned it was decided the man was too drunk to leave and he was allowed to stay the night.
The court heard the 14-year-old girl was asleep on the couch when she was woken by the man as he raped her.
County Court judge Felicity Hampel said the man repeatedly apologised to the teen and told her he loved her.
''It was clear you knew what you were doing and that what you were doing was wrong,'' she said.
The teen pretended to be asleep and after the man fell asleep she escaped and told a friend who was staying at the home.
A complaint was later made to police.
The court heard the man was so drunk during the assault he could not remember the attack but didn't deny it happening when questioned by police.
Ms Hampel said the crime involved a ''serious breach of trust'' against the girl who deserved to feel safe in her aunt's home.
''You had known her since she was a baby, so you had seen her growing up. You had been in and out of each others houses throughout her life,'' she said.
''She regarded her aunt, your former wife, as her closes aunt.
''She should have been able to trust you,'' she said.
The court heard the man had no prior convictions and was remorseful but struggled with alcohol abuse.
A psychologist's report also found he had no paedophilic tendencies.
He was sentenced to a maximum of three years imprisonment with an 18-month non parole period.
He was also placed on the sex offenders register for 15 years.

The legal system insults the victims and their families with these types of 'holiday' sentences.

The public are duped into believing that the law cares for victims of pedophilia (e.g. Internet censorship laws), but in actual fact criminals who are a danger to the community are let out to re-offend, and sometimes murder innocent people.

The politics is very clear in not changing the law.

This is how the law works 'against' the general populous.