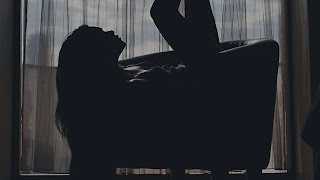 Neil Hancock, who operated Club Striptease in Richmond, allegedly paid a City of Yarra official more than $12,000 in cash and cheques to warn him of raids in the area.
Hancock, and three co-accused, have been charged with more than 250 offences including making corrupt payments and operating as a sex-work provider without a license.
Giving evidence at a committal hearing for Hancock and Xue Di ‘Jenny’ Yan, 50, today several former Club Striptease employees told the court they regularly offered clients sexual services.
In a statement tendered to the court Anongwadee Kornsuthisopon said Hancock told employees they were employed to perform lap dances.
But she said girls often accepted cash payments for performing extra services.

“I had a conversation with Neil where he told me only to provide extras to regular clients that I trusted and to just dance for the new clients and not to say anything to them as we could get into trouble,” she said.
“He said we are not supposed to do more than that as we can get into trouble, but he said that is our choice and we can keep any money that we make from anything else.”
The court heard the dancers were paid about 40 per cent of the standard $70 fee for a 30 minute massage.
In another statement former dancer Stacey Browne-Peatling said she could make up to $150 on top of that by offering sexual services.
She said while Hancock made it clear no extra services were to be offered in the club, deals were done with clients behind closed doors.
“If a client wants something more he will ask…I will only do it if I feel comfortable,” she said.
“Neil doesn’t get a cut, he tells us not to do it, but he knows it goes on.”
The court heard Hancock made each dancer sign a contract agreeing to strict conditions, including not to offer sexual services, before they started work.
Previously the hearing was told Hancock paid a former council official, who cannot be named, in cash and cheques that ranged from $600 to $4000.
The council official, who was responsible for stamping out illegal brothels in his area, said he was well aware of illegal activities at businesses in Yarra council including in Richmond and Fitzroy North.
He said on one occasion he phoned Hancock to warn him police were about to raid his business and instructed him on how to hide any evidence of illegal activity.
''I remember speaking to Neil after this inspection and we joked about the fact that it was a close call,'' he said.
The council official was jailed for three years and two month in November last year after he pleaded guilty to accepting bribes.
Co-accused Hao Yong 'Tony' Tang, 50, Anton Lu, 51, have been committed to stand trial at the County Court in November.
The hearing continues.

The Asian community in the Richmond is in control of the drug trade, and drugs are dealt on the streets in broad daylight in front of families and children.

The local police are  fully aware of the extent and are familiar with the characters that deal in drugs.

Corrupt police are taking 'drug money' as payoffs to keep quite.