Consumers face up to $194 for smart meters 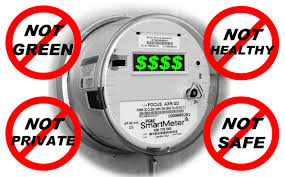 VICTORIAN households will be slapped with smart meter fees of up to $194 on electricity bills next year.

Charges for about 1.6 million homes and small businesses are set to rise from January.

But about a million customers should get a slight discount.

The Australian Energy Regulator has approved 2014 charges of $115 to $194 for the most common type of meter, depending where consumers live.

Homes in Melbourne's north and northwest face the biggest sting.

The hip-pocket hit is part of the $2.3 billion cost for the controversial compulsory rollout (Note by corpau: the compulsory rollout refers to the contract between the government and the electricity businesses and NOT the consumers) of digital devices.

CitiPower and Powercor charges are 9-10 per cent lower. AER chairman Andrew Reeves said companies that had not recouped full budget costs in the rollout's earlier years could lift fees to catch up.

Others that had spent less than forecast compensated customers with reductions.

"Some were under-recovering revenue in the early years. Others spent less than forecast as the pace of the rollout was slower than expected," Mr Reeves said.

The state's five electricity distributors are authorised to grab more than $1 billion combined from consumers over 2012-15.

Charges vary depending on distributors' technology, installation and operation costs, and customer numbers.

The charges coincide with anger over revelations tens of thousands of smart meter "refusers" risk power bill hikes of up to $150 a year, on top of smart meter costs, as a disconnection alternative.

"Australians in every other state have the right not to have a smart meter," Stop Smart Meters Australia president Marc Florio said.
About 150,000 properties are still to switch.

Another rort by the electricity 'businesses' literally supported by the government.

This 'utility' fraud is worth billions of dollars annually with paid off bribes and corrupt politicians.

ALL Australians should take a class action law suite against this fraud.

It's all part of the Police State agenda.