One can easily see how especially in today's society, the old phrase 'knowledge is power' holds monumental strength. 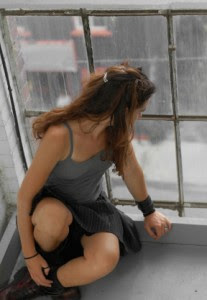 Both knowledge and power is kept away from the masses in order to keep them dumbed down and subservient.

The corporate media dumb down the minds of the children of the general populous with 'useless' television 'programming' with a plethora of reality shows, television series boasting 'hooked' number of Australians.

The legal profession provides information at exorbitant rates to the paying masses, which in turn feeds the whole legal ecology from clerks to judges all funded by the public.

Some news does filter out from the offices of the corporate media on how some laws effect people, or even how some forgotten 1800's law was used by a city council in the Victorian coastal town of Barwon Heads to shut down a local publican.

Information has recently been obtained by corpau on how the government has obtained ownership of every person born in Australia.

This information should be read by every single 'person' born in Australia.

A source within the industry has provided the information on  the strict assurance of confidentiality, explaining how the government has claimed your offspring.

There are many laws in Australia, that the general populous may have heard about.

What is commonly known as local government law, namely city councils are factually unlawful entities (trading as businesses - and NOT government)  not recognised by the general public (1988 referendum) nor the 'constitution'. This fact is hastily reported by the (government lap dog) corporate media, as it is a $ 33 billion a year industry feeding of the uneducated and subservient masses.

Corporate laws are 'overwritten' by the most basic law, that called 'common law'.

Now, a law not commonly talked about that is used to obtain 'ownership' of your child by 'Corporate Australia' is known as Maritime / Admiralty law'.

Basically in a nutshell, when a mother gives birth to a child, the mother abandons the child from the vessel (amniotic / birth sac), and the government claims ownership. The ownership is claimed by the 'registration' of the child to the (corporate) government of the state in which the child was born in.

Your 'person' then appears in capitals (Capitis deminutio), and you are a possession of the (corporate) government.

Also, unknowingly to you, you are traded by the banks as a 'commodity'.

You as a 'person' is referred to in government or official letters as a corporate entity, e.g. JOHN CITIZEN or John CITIZEN.

The whole 'Stolen Generations' farce is based on the presumption that the government owns your child born in Australia.


From the moment you are born in Australia you are unknowingly enslaved by the corporation known as the government.