Australian Government to blame for the latest 'hack' 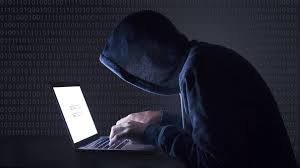 In the second week of October 2017, Australia's general population was informed that there was a security breach in the offices of the defence force, where it was revealed to the public that secret F-35, P-8 C-130 data was stolen.

Since Australia is a Constitutional Monarchy the government went into 'Monarchical Mode', meaning the Queen can do no wrong, where the government denied all responsibility, something which cannot be further from the truth.

As late as 2011 the people in government have been warned not to use default passwords and the latest defence 'hack' was as a result of default parameters being used.

Some would even say they deserve that hack.

Irrespective of whether or not a contractor was involved, a person employed within the government overseeing the project is ultimately responsible, where  at the end of the day they failed in their job, therefore it's a 'failure of government' and the person should be on the unemployment queue the next day.

Since many government jobs fall in the category of 'money for mates' where even if we name the person responsible, they will still be employed no doubt still capable of putting the Australian population in harm's way.

Don't the police 'fine' the herd population for traveling over the speed limit  ('Wipe off 5' BS campaign) an action which apparently may cause someone harm, but did not at that actual point in time?

Irrespective of whether these people in positions of significance are assholes or just plain imbeciles incapable of carrying out the duties required, it seems that these assholes are in charge of the safety of their Australian tax slave population.

STILL trust the people in government?
Posted by AuCorp at 1:46 AM