Dodgy businesses are a plenty in Australia, where at the end of the day the people (the general population) are the victims as a result of these criminal activities.

We have been provided with information from an anonymous source within the industry with regards to the actions of an entity called "Local Government" or rather City Councils.

'Dodgy' people register businesses as builders or developers with the intention to defraud the Australian Tax Office of taxation resulting from profits earned from their business.

The people in the your friendly City Council are in on it, getting 'kick backs' for allowing certificates of occupancy (which are now outsourced), where residences are left unoccupied for a period of time until it is safe to avoid capital gains tax.

The illustration below is of one such dwelling within the perimeter of a business called the City of Moreland (ABN 46 202 010 737), undergoing a staged look of being lived in where in reality no one's home, where the builders are committing an action of tax avoidance. 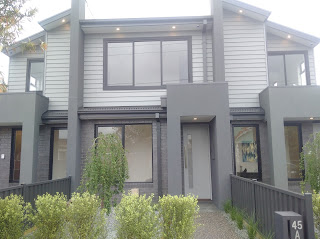 People should be aware that in Australia tax minimisation is legal whereas tax avoidance is not.

This is a racket that has been going on for quite some time and no action has been taken to stop this.

Looks like Australia truly is the "Lucky Country" (especially when you're committing criminal activity), hey?

On a side note, these businesses called city councils are not the lawful 'municipal offices' (that being departments of the state), as described within the Commonwealth of Australia Constitution Act 1900 or the 'Constitution' for short, but that is another matter, where if people wish to take action, they can find information at: