Remembrance Day was NOT to be at VicRoads 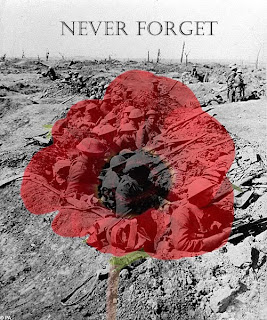 In this day and age the general politics is to dumb down the general populous, as well as to disassemble PATRIOTISM, in the name of a few minor 'sects' or under the excuse of 'religion'.

In the mass media, it has been mentioned that an Australian Government department, Vicroads was to NOT honour the sacrifices of the armed forces in which MANY lives were lost in the name of 'saving' the country.

This is a deplorable act, and it should NOT even be entertained that an omission be made not to remember the people who gave the ULTIMATE sacrifice, i.e. their lives.

The excuse given was that 'some' minorities ( maybe for instance Japanese Albino Pregnant Lesbian Women ?) may find it offensive.

What a joke to the sovereignty of the nation.

The current trend in politics is to confuse the issues of nationality, by promoting multiculturalism onto the Anglo nations, whilst at the same time promotising racism in other nationalities, under the banner of religion, imposing migration in order dilute the beliefs of the hosting nations.

Previous Australian government racist policies were of WHITE AUSTRALIA, where now the New World Order is the opposite.

Nothing more nothing less than Australian Political Scum.

Remembrance Day (also known as Poppy Day, Armistice Day or Veterans Day) is a memorial day observed in Commonwealth countries to remember the sacrifices of members of the armed forces and civilians in times of war, specifically since the First World War. This day, or alternative dates, are also recognised as special days for war remembrances in many non-Commonwealth countries.