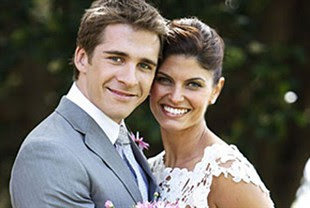 Viewers left saddened by the shock death of Packed to the Rafters character Mel may be projecting their own lives onto the fictional family, a leading psychologist says.

The sudden death of Mel Rafter from a car accident on the hit Seven Network show has left many of its viewers shaken and upset.

The fictional death has generated a mass outpouring of grief over Twitter from fans, which may reflect a major breakdown in families and communities, counselling psychologist Evelyn Field said.

"There are certain things that each one of us may hold dear and we will project our thoughts and feelings onto that situation," she said.

"When I identify with something tragic like a sudden death, it's saying something about how I deal with death and some of the fears I might have about dying suddenly."

Ms Field said people may look to fiction to fulfil a lack in their real life.

"We're living in a very artificial society and when things happen we aren't exposed to them," she said.

"We don't see people getting sick or dying and babies being born — in a way [the show] is a replacement for the family we don't have."

Ms Field said tears shed over the character's death may stem from other emotions people have kept bottled up.

"A few tears here and there are understandable, but you have to see that it is an opportunity to let go of your own grief and sadness," she said.

"In that way it's very therapeutic but it's sad if they don't realise they are letting go of other things."

For long-time Packed to the Rafters fan Katherine, the sudden death of the character came as a big shock.

"I bawled my eyes out — it was pretty upsetting," she said.

"But I am pregnant, so the hormones might be playing a part there.

"I think the whole thing about Packed to the Rafters is because it's sort of similar to people's lives it makes it more shocking."

But while grief over the death of fictional characters may seem fleeting it can have long-term effects on viewers.

Dedicated A Country Practice fan Alice said she still felt sad over the death of much-loved character Molly Jones on the show in 1985.

"Every time I hear the name Molly I automatically think back to that moment," she said.

"It's still with me today — I still feel sad about it."

Ray Harding was script editor for A Country Practice when the episode aired and said the response to Molly's death was the "most extreme in Australian television history".

"It wasn't simply that she was such a popular character — it was largely because we took three months to kill her," he said.

"We gave her leukaemia. The audience pre-mourned her for all that time, just as they do with a family member who is dying."

Mr Harding said the response to Molly's death forced the show to go into damage control.

"It was pointed out to us that there were children in hospital with cancer who were avid watchers," he said.

"We were in effect telling them they were going to die.

"We had to put out episodes in which we said things like 'Of course if she was young there would be a much better chance of her surviving'."

The character of Mel was written out so actress Zoe Ventourav could pursue a career in Hollywood...read more

Television (the mass media) is used as a VERY powerful tool.

It has the ability to shape the lives of families / individuals.

This fact is well known amongst the ruling elite.

A response to the above article from a reader:

At first I did enjoy this show but the more I watch it the more depressed I get. This family has so much bad luck and I do not know of any real family with such bad luck. This car crash is the last straw and will be going back to the ABC or foxtel for entertainment. If we don't start to distinguish fiction from reality we will end up like the americans where Hollywood rules their lives. That would be sad.

The political agenda is VERY clear, to dumb down the nation as sheep are much easier to heard.