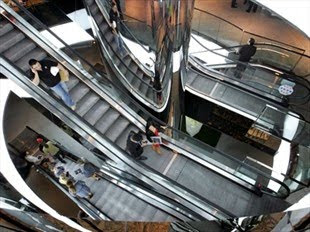 The federal government says it won't scrap the GST-free threshold for goods purchased from overseas websites, but will crack down on businesses rorting the system.

The growing trend to shop online has prompted a government inquiry into Australia's $242 billion retail sector, amid complaints by traditional retailers that shoppers are avoiding paying GST by buying goods from overseas websites.

The inquiry will examine the $1000 GST-free threshold for imported goods, which traditional retailers want scrapped, arguing it puts them at an unfair disadvantage in competing with offshore internet players.

Assistant Treasurer Bill Shorten said the threshold would not be ditched, although it would be one of the issues examined by the Productivity Commission.

"No, at this stage there is no contemplation about reducing the low value threshold," Mr Shorten told reporters in Melbourne.

Consumers are increasingly turning to overseas websites for GST-free purchases thanks in part to the strong Australian dollar, which recently reach parity with the US currency.

A raft of retailers have complained they are losing out to foreign websites and are campaigning against the threshold while the likes of Myer and Harvey Norman have flagged setting up websites to ship goods directly from China to Australian consumers.

Mr Shorten said the case for lowering the threshold had significant opposition, including the cost of collection and consumer objections, but the government was taking retailers' concerns seriously.

"In the meantime the government's not going to be rushed into any decision," he said.

"We respect the right of consumers to shop and to get the best bargains possible."

Home Affairs Minister Brendan O'Connor said the government would conduct a compliance campaign to ensure GST and customs duty concession for imports worth $1000 or less were not being abused or exploited.

"It's important people follow the rules and not try to rort the system," he said in a statement.

Consumer Action Law Centre co-CEO Carolyn Bond said factors such as a broader product range and the quality of IT platforms were also driving a small proportion of Australians to offshore internet retailers.

"Consumers clearly don't want to be paying more for any goods but we would be concerned about applying the tax to very small purchases from international sellers if there was administrative costs added to the price of the goods as well," Ms Bond said.

The Australian National Retailers Association, which represents the large retailers, said the focus on overseas online purchases was timely and necessary.

"Cautious post GFC Australian shoppers and the impact of interest rates, the skyrocketing Aussie dollar and the surge to online shopping overseas have created a very difficult environment for our retailers and a wide ranging review of the prospects for growth and the barriers to retail prosperity is long overdue," CEO Margy Osmond said.

The Fair Imports Alliance, a coalition of 10 retailer and wholesaler associations, said 45 per cent of retailers/wholesalers had shed staff as a result of losing trade to offshore internet sites.

Nick Stace, CEO of consumer group Choice, said the review should also examine the high degree of concentration of ownership in the retail sector and the impact of the major chains' market power on consumers and smaller retailers.

One of Australia's largest employers, Myer, has been in the spot light many times, and one of those times was for importing clothing for $1, then selling it for $10.

The excuse given by Myer, was that it changed hands through various 'shelf' companies, i.e. Tax Evasion.

Information obtained from a source within the industry indicated that a clothing retailer J.K. Kids Gear, for example imports kids jackets from Asia for $2, and retails it for $49.

The truth is that Aussies are sick and tired of getting ripped off by the retail industry, and are more aware of better for money value elsewhere.

Through the advent of 'globalisation', large companies are able to take advantage of SLAVE LABOUR, and sell items for great profits, BUT when the consumer demands a better price, they are penalised, by the governments concerned.