Apple - Misinformation and Retarding its users 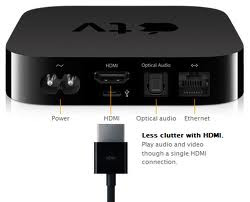 Apple has had a product on the market called the
APPLE TV, which currently is in its second generation.

A tv or television by most people's understanding is a viewing device which receives signals from a broadcast tower.

As defined by wikipedia a television is something,

"which was modeled on the existing radio broadcasting systems developed in the 1920s, and uses high-powered radio-frequency transmitters to broadcast the television signal to individual TV receivers.

In today's modern society a Digital Set-top box, is understood to be a piece of equipment that receives digital (as opposed to analogue- for the old tv) signals which can connect to a 'television' or monitor.

Both televsions and set-top boxes may have inputs for an external antenna.

The AppleTV is a box which has NO viewing area, and there is NO radio frequency receiver to receive radio transmitted broadcasts.

Advertising a product misleadingly is against the law.

Apple should be sued for misleading the public on its AppleTV product. 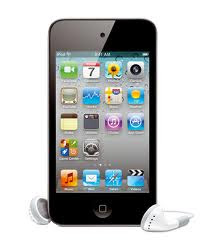 Apple are well known to users for limiting the functions of the devices they bring out.

The users are being held back or retarded by Apple.

The first incarnations of the idevices that Apple brought out did not even have copy/cut and paste, which other brands of palm or pocketpc had years prior.

The practice is still widespread in the manufacture of Apple products.

It is no secret that the new idevices for example the illustrated ipod Touch (4th generation), do not have some of the basic features contained in other branded technology.

Many a technology forum user complains that they cannot do certain functions on an Apple device that they could on their other branded (for example) phone, many years earlier.

There is an expected performance level associated with technology in our electronic devices.

According to Apple the tech specs for it's ipod are that it has:
Bluetooth® 2.1 + EDR

Users have the understanding that when they have bluetooth, they can

NOT so with Apple.

You can ONLY connect to a headset with the ipod Touch.

All the other functions have been disabled by Apple.

The ipod Touch is touted as an entertainment device. As part of an 'entertainment' package on many other electronic devices, for example media players, phones, FM radio reception is provided.

The technology used today's equipment is very simple and inexpensive. The Broadcomm chipset that resides in the ipod provides bluetooth, Wifi and FM reception. This package provided by the manufacturer is sold as a single unit with all the features enabled.

Apple has again locked down technology that not only users are accustomed to, but expect from their 'entertainment' device.