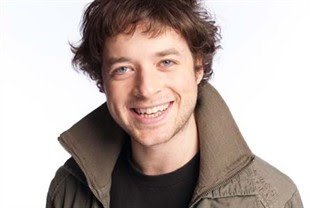 Hamish Blake may have inadvertently poisoned his radio replacement.

Blake may be responsible for Fox FM Drive host Fifi Box's recent bout of illness after mixing her a drink in a vase.

Box is recovering at home having been taken to hospital after showing the symptoms associated with gastroenteritis.

The bubbly blonde, along with co-host host Jules Lund, have taken over from radio kings Blake and Andy Lee to present the top-rating show.

Blake has all but taken responsibility for Box's illness.

He said Box had popped round his house for a drink, and with girlfriend Zoe Foster not home, it fell to him to mix a "girly" jug of Pimms and lemonade.

"I didn't have a jug so I made it in a vase. I am trying to remember if I washed the vase. Possibly not," Blake is quoted as saying in the Herald Sun.

Lee stepped up to the mic on Tuesday when Box fell ill on air, and Blake filled in for her on air on Wednesday. Lee is likely to be back in the chair if the bubbly blonde is still unwell today.

Not only a moron on the radio but a cretin in real life, mixing a drink in a vase.