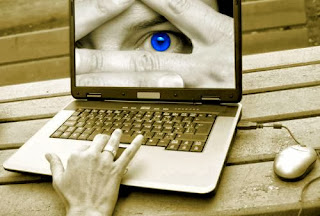 Roxon's steady term as the nation's pre-eminent law officer sailed into stormy waters when she suggested data retention laws for Australia. The reason? “Because terrorism”, as the young folks would joke.


The proposal did not go down well, with Anonymous taking aim at the government and industry groups criticising the proposal as unhelpfully vague.
We can now see why the proposal may not have been the government's best work: Roxon says members of parliament from her own Labor party didn't care to work on such matters.
Roxon yesterday delivered a speech titled “Ten housekeeping tips for a future Labor government” that reviews her time in government and offers some advice for colleagues.
The politically volatile sections of the speech will get a big run in general news media today, but the speech also includes the following observation about what seems to be internal reaction to Roxon's attempt to introduce data retention laws to Australia:


“Disappointingly, even senior and experienced MPs were shunning a chance to be in debates on complex issues - like the resistance and begrudging response I received when I commissioned the respected joint intelligence committee of the Parliament to assess a list of new powers and proposed changes to our intelligence laws that agencies like the federal police, ASIO and ASIS had requested. In my 15 years in parliament I’ve never seen such an unenthusiastic response from a committee being given a serious, real job to do - including, I am sad to say, senior Labor figures.”

The committee's members included representatives from the Labor, Liberal and National parties, plus independent Andrew Wilkie.
Roxon doesn't say if committee members' reticence was because of discomfort with the policy or general lethargy. Whatever the cause of the "resistance and begrudging response", her comments show data retention laws had little chance of becoming law. ®

The government  IS collecting ALL data, and will always do so.

This so called 'debate' or 'tug of war' is just a farce to keep the masses believing that they some sort of 'human rights' or privacy.