The 'New Hope' Scholarship - Taking children away from their families

A healthy society is a happy society, is a strong motto that hits home.

Another saying that should also be well known is that 'in unity there is strength', which is well known within governance both in peace and time of war.

A sure way to control the masses is to create disparity amongst them, in order for them to divert their energies away from the source of  oppression.

Another way to control the peasants is to drug them, an all to common approach used, by for example the Anglo-Masonic invaders of countries, like the Americas and Australia, to name a couple.

Alcohol was introduced to keep the 'original' native inhabitants under control, and incarcerated for alcohol induced, white persons 'crimes'. 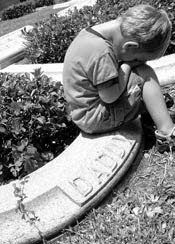 Ironically the native inhabitants are called Ab-original, meaning not original, as defined the prefix ab is derived from Latin meaning; away from; off; outside of or opposite to, with a simple example of abnormal meaning not normal.

The Australian government also took away children from their parents in the well documented events known as The stolen Generations, officially from a period between 1909 and 1969.

Fast forward to 2013 and the Australian government is again on the path of destroying families, but this time under the "New Hope" banner.

Migrants are being brought in on both plane and boat for 'scholarships', where they are schooled up in how to take children away from their families, legally, and under whatever pretext the social worker sees fit.

These children are then the ward of the state, and subject to abuse and experiments.

Another way of disassembling the strength of the family unit, which has many benefits for others.