Information has been obtained from within the industry by corpau on the strict condition that the source be not revealed, that the 'electricity' company Jemena has totally unqualified nor certified installers, installing 'smart meters' into the 2.1 million homes of Victorians, putting them at risk. 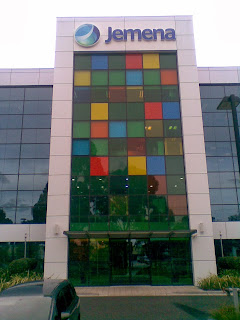 Under the order of a structure of a new world, all utility companies, that were owned and paid for by the people of Australia have been sold of, without the public's consent to a bunch of 'government' cronies.

Since then electricity prices have skyrocketed by approximately 100% in 5 years, which the government refuses to do anything about.

The Victorian government has opened up a contract with a (crony) company Jemena, to install carcinogenic 'smart meters' in the homes of Victorians.

What no 'authority' is telling the masses, is that they (the people/consumers/customers) are NOT obliged to have a meter installed if they so choose.

The contract between the government and Jemena states that smart meters are to be installed under 'best endevours' policy.

The government also reckons that in order to have any electrical work to be carried out to your premises such work must be carried out by a licensed installer and signed of by one, and presented (to whom?) if so required.

Despite having the above 'mandate' the government allows for perons to insall high voltage equipment without ANY certification to your premises, allowing for the real possibility of death as a result of shonky installation.

The government duped the masses into installation of the 'smart meters'.

Another fraud proudly supported by the VICTORIAN GOVERNMENT (PTY LTD).

YOU STILL CAN SAY NO TO SMART METERS.