NEW York is expanding its probe nationwide into the 1980s sale of the rights to the name World Trade Center to a nonprofit for $10. 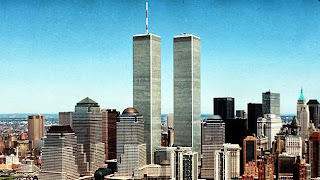 The official said that letters seeking information on the deals should arrive on Monday at 45 World Trade Center complexes, from Alaska to Florida. The official spoke on the condition of anonymity because the official wasn't authorised to speak publicly about the probe.

"The attorney general is looking to find out how the WTCA got such a sweetheart deal on the naming rights, how much revenue the WTCA makes selling the name and how that price is set," the official said.

The Record newspaper reported in September that the Port Authority of New York and New Jersey sold the naming rights to Guy Tozzoli in his role as head of the nonprofit WTCA. Tozzoli died in February.

The letter obtained by the AP sets an October 25 deadline for responses to the World Trade Centers in cities including Houston, New Orleans, Detroit and Sacramento.

The letters seek the date in which each entity entered into an agreement with the World Trade Centers Association, the end date of any agreement, and the amount paid to the association, and names of principals involved and the license agreements.

New York Governor Andrew Cuomo referred the case to MR Schneiderman on September 17.
"Using the millions of dollars in annual revenue from licensing fees paid by companies around the globe for the use of the World Trade Center brand, Mr. Tozzoli received exorbitant annual compensation," Gov Cuomo said.

Another fraud supported by the government?