BRITAIN'S new domestic spy chief has warned that leaks like the one National Security Agency contractor Edward Snowden orchestrated play into the hands of terrorists.

Citing the deadly mall attack in Kenya and the ongoing Syrian conflict, MI5's Director General Andrew Parker also said terrorism had become more diffuse and more unpredictable. He said terrorists were also turning to technological advancements such as encryption to hide their tracks. 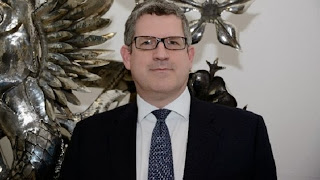 "Threats are diversifying, but not diminishing,'' Mr Parker told the Royal United Services Institute in his first public speech. "The internet, technology and big data are transforming our society. ... We can't stop every plot, much as we try and much as we would like to. There are choices ahead that will determine whether we can sustain what we do, or accept that it will erode.''

He dismissed claims that electronic eavesdropping agency Government Communications Headquarters (GCHQ) was listening in on everyday communications as "utter nonsense'' and defended the use of snooping technology, as revealed in US security documents leaked by former CIA operative Snowden.

"Far from being gratuitous harvesters of private information, in practice we focus our work very carefully and tightly against those who intend harm,'' he said, adding safeguards were in place to protect citizens.

"In some quarters there seems to be a vague notion that we monitor everyone and all their communications, browsing at will through people's private lives for anything that looks interesting. That is, of course, utter nonsense.''

He blasted the leak, saying it caused "enormous damage to make public the reach and limits of GCHQ techniques.''

"Such information hands the advantage to the terrorists,'' he added.

Documents leaked by former US National Security Agency contractor Snowden were reported by the Guardian newspaper in June to show that GCHQ was using data harvested by the secret US PRISM surveillance programme.

Debate on balancing security and people's individual privacy has been percolating since Snowden detailed the extent to which the NSA collects data on its citizens and shares some of that data with partner nations around the world.

Britain's domestic security agency of MI5 and its foreign spy service of MI6 rely heavily on tips and backup from GCHQ.

"Shifts in technology can erode our capabilities,'' he said. "There are choices to be made, including for example, about how and whether communications data is retained. It is not, however, an option to disregard such shifts with an unspoken assumption that somehow security will anyway be sustained. It will not. We cannot work without tools.''

Suicide bombers attacked Britain in 2005, killing 52 London commuters. Since then, British nationals have been linked to several international terror plots, including the trans-Atlantic bomb plot when men planned to down some 10 jets using liquid explosives inside drink bottles.

Several thousand Islamist extremists are known in the UK "who see the British people as a legitimate target,'' Mr Parker said.

Many of those have been energized by the Syria conflict and some 100 or so have traveled to Syria to participate - some of whom may pose a threat in the future to the UK, Mr Parker said.

Mr Parker, who has been with MI5 for some 30 years, was appointed in April.


What a load of corporate rubbish.

If it was not for the 'leakers' no would be aware just how much abuse of power goes on.

"He dismissed claims that electronic eavesdropping agency Government Communications Headquarters (GCHQ) was listening in on everyday communications as "utter nonsense'' and defended the use of snooping technology.."

is completely untrue.The fact still remains that everyday conversations are listened on, by authorities.


The person has to provide false information in order to keep his job.