There has recently been an announcement in Australia, which is a global policy, that the aged pension will be extended to 70 years of age up 5 years from the current 65 years of age. 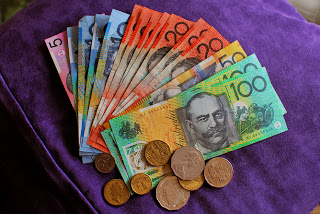 Some people may view this as a benefit to them, a sure case that there will be no shortage of ‘testimonials’ to support this view, but the non visible agenda is more sinister.

Taking the information at face value, from government sources (which incidentally do not have to be accurate, as there is no mandate) approximately half of Australia is on some sort of social security benefit.

The two most common forms of social security support are the Newstart Allowance (colloquially referred to as the ‘dole’) and the pension.

The government in not interested in ‘saving’ any money whatsoever, but rather the tactic of Financial Terrorism is employed in order to limit the possibilities of the masses by controlling the money supply.

The middle class are the greatest threat in terms of exposing the corruption and false information that is being propagated by governments and corporations, which work hand in hand in some of the largest frauds on record.

In order to curb the middle class, constricting the money supply is essential to limit the possibilities one has to ‘fight’ the corrupt system. This is staged at various levels from limiting movement (e.g. by inflated petrol prices – A verbose Australian Labour party policy), overinflated utility prices, overpriced consumer goods to distractions that divert funds to useless and meaningless matters, e.g. court matters, speeding fines, a tactic used so that the general populous is always 'struggling'.

The Australian government is well on its way to implementing another form of slavery / oppression on the masses, in a carefully orchestrated stealth format, which will be accepted by all.
Posted by AuCorp at 12:43 PM