ROGUE cops responsible for brutal beatings, bullying and bungling have cost taxpayers more than $12.4 million in the past five years. 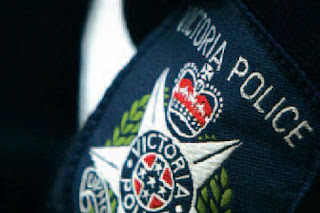 The compensation bill includes court-awarded payouts since 2007-08 but does not include sums that may have been paid in confidential settlements of claims before trial.

It is believed that a number of payouts have been made to gangland figures and their associates.
Some recipients fought for justice for 16 years.

One claimant was Farah Jama, just 20 when wrongfully convicted of raping a woman who was found unconscious at a Melbourne bar in 2006.

Despite an airtight alibi he was jailed for 18 months, until it was revealed DNA samples had been mixed up at the forensics laboratory.

Police now question whether the woman had been sexually assaulted at all.

The largest payout was to a family awarded $2.5 million by the Court of Appeal after two police officers bashed down the front door of a home in Surrey Hills in 1993 and brutally attacked the occupants.

The court heard the two constables, who said they were responding to telephone reports of domestic violence, assaulted a 67-year-old disabled woman and her son.

The man had two broken ribs after an officer kneed him while he was handcuffed.

"It takes many years and is a long and arduous process," Mr Kelly said.

He said some victims waived their right to compensation to ensure swifter changes to police procedure or simply for an apology.

"Where Victoria Police is subject to civil legal action, independent legal advice is sought and decisions are made having regard to the "model litigant" guidelines and the obligations imposed by the Civil Procedure Act.''

Victoria Police, a company run for profit (with the ABN: 63 446 481 493) and its employees are factually corporate entities (e.g. Sgt JOHN SMITH) that can be sued.

Currently one of the more corrupt police forces in the country, there are many more instances that involve members of the police in unlawful activities, that (deliberately?) go unreported.

The payout to gangland figures confirms that fact that Vic Pol work together with the crime syndicates, where 'bungled' actions result in 'compensation'. This is organised prior to any arrest or official action taken against the gang.


Many of the shootings and subsequent killings of police and others were related to drug turf control.

The corporate media seldom reported the truth, including the very prominent killing of two Melbourne police officers as pay back to the gangland killings, again a fact well known to all involved, but not accurately reported by the media.

Police are also instructed to intimidate and in cases beat up citizens who are aware of their Common law or Constitutional rights, something that ALL Australians can call on.