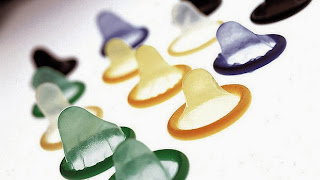 Google recently released a new version of its keyboard for Android, and as reported in Wired, it comes along with a list of 1400 words "that Google has quietly deemed inappropriate for Android users". This means that Android's dictionary will not autocomplete these words, no matter the context.

Unsurprisingly, many of the words are sex-related, but the scope of the prudery here is rather shocking. It's not just that you have to type out all three letters when you write sex in a text message. The dictionary also refuses to autocomplete words like Tampax, butt and even condom, which could tragically lead lazy people to resort to the word rubber for their contraception needs-based texts.

Clearly, this is a tragic blow to the world of unintentional comedy caused by autocorrect in text messages. I don't know about you, but I don't want to live in a world where a woman can't accidentally text "Chicken vaginas n butch gobbler pirates" to her kid when she meant to say that dinner will be chicken fajitas and buttered potatoes.

However, there are political implications here as well. While Google has long had good reasons to ban "a frat party's worth of homophobia and misogyny", as Jon Christian at Wired puts it, the ban on autocompleting words for body parts and functions like uterus and lactation reinforces the idea that there's something shameful about having these kinds of body parts and functions at all.

There are more questionable choices in the ban list. Some genius at Google decided to put geek on the no-no list. And for no discernible reason, Sunni and Iftar are banned, though no other religious words appear to be. So if you are inclined to think these choices aren't politically loaded, well.

But back to icky sex. Other banned words include STI; if you want to do the responsible thing and communicate with your partner about sexually transmitted infections, you better type it all out, or call. Preggers is also a not OK. Google prefers "with child".

An absolute appalling display of censorship, from a company that allegedly promotes 'free speech'.

The proof is in the actions, rather then the words.
Is this China's Internet censorship policy spreading across to the capitalistic régime?