Mortgagee auctions in Australia a more common than most people are led to believe, with the corporate media playing the matter down, not in the business of exposing the backroom deals of the untouchable banking elite. 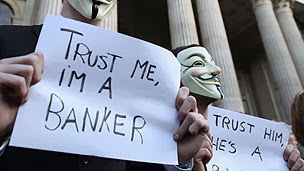 Westpac bank is touted as Australia’s first bank naturally brought over from mother England, with links to the Rothschilds banking family.

Information from the ‘archives’ has been obtained by corpau of how the (Westpac) bank is involved in property theft, which includes mortgagee auctions, that are deliberately devalued by real estate agents, sold under auction for over 100’s of thousands of dollars less than the true market value, to buyers that have been put in place to specifically purchase the property for the devalued amount.

In cases where customers have more than one property with the bank, e.g. the matrimonial home and investment properties, the bank is involved with the falsifying of documents including forged signatures of the parties concerned, regarding the transfer to one owner.

In many cases the fraud goes undetected by the aggrieved party, only to find out that they do not own the asset any longer many years later.

Letters seen by corpau to and from Westpac indicate a cover up of not only facts, but also any records of the transactions ever existing, with total lack of co-operation from the bank.

An anonymous source from within the bank has mentioned that Westpac make a tidy profit from ‘this business’, which is well known within the banking industry and is not limited to the Westpac bank, but also involves the ANZ , Commonwealth and NAB banks as well.

When reported to police, these matters are usually not taken any further, as this policy is an order from the top.

Any court matters that are presented before the ‘County Court’ have to be agreed on by both parties before they are listed as matters.

The ‘County Court of Victoria’ is a privately owned and operated business with the ABN of 32 790 288 959, which has nothing to do with ‘law’ but rather is based on ‘contractual agreement’ between the listed entities, is owned and operated by the Liberty Group, stakeholder names like ABN Amro, Rothschilds and many more operating under ‘shelf’ companies for the sole purpose of tax evasion, an act which is supported by the Australian government, but illegal for the general populous to perform.