PETROL prices may reach $1.64 in Melbourne as motorists brace for their second price increase in little more than a week. 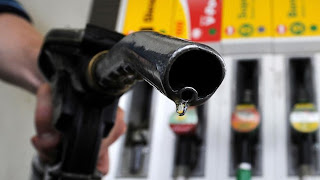 CommSec economist Savanth Sebastian said bowser pain might peak in the days ahead after retailers began lifting prices to $1.60 today.

It comes a week after Melbourne motorists were hit by pump prices of $1.60 a litre.

Mr Sebastian said the surge was due to a combination of tension over the threat of the supply in the Middle East and a weak Australian dollar.

"We've seen the wholesale price jump two cents in the last week, so that will filter through," he said.
He forecast the average petrol price would leap from $1.42 a litre to about $1.50 overnight, but added the jump wasn't unusual.

"That's what you tend to see over that weekly cycle," Mr Sebastian said.

He said the average price of petrol was climbing to a five-month high.

RACV chief engineer Michael Case said it had been at least two years since petrol was $1.64.

"Our advice to motorists would be to get in quickly while the current cheaper prices remain, or ... wait as long as possible after the new peak hits because, like all previous cycles, the price will go down," Mr Case said.

FUELtrac general manager Geoff Trotter said the rise was due to service stations inflating base prices due to supermarket fuel discount dockets.

"It has got nothing to do with the rise in wholesale price; as far as I'm concerned, it has got everything to do with shopper dockets they (Coles and Woolworths) have advertised," Mr Trotter said.

More false information perpetuated by the petrol duopoly of Australia.

LPG currently in Melbourne hovers at 69.9 cents per litre.

There is no reason for LPG to be that high, as it is a byproduct from the petroleum industry.

The spineless ACCC works in collusion with the supermarket chains.