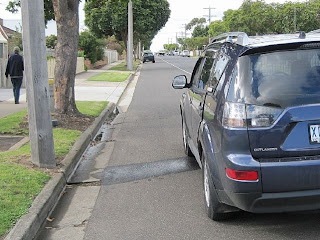 UNDERCOVER detectives are being put at risk and covert operations in jeopardy by a Facebook page revealing details of the state's unmarked police cars.


The Sunday Herald Sun understands Victoria Police has complained and requested the site be taken down, but it was refused.
It is feared criminal networks - such as outlaw bikie gangs, underworld figures and drug traffickers - are monitoring the site.

Many people are sick and tired of the corrupt and illegal activities of police.

Amongst other offences, speed camera fines are illegal.

It is also no secret that the police publish in the Herald Sun print edition the locations of mobile speed cameras, at the beginning of every week.